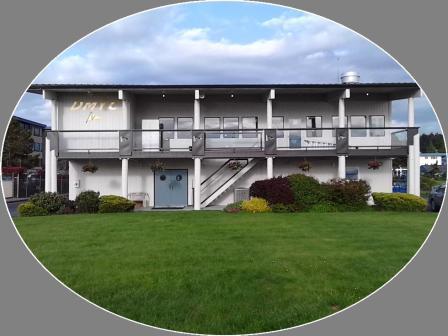 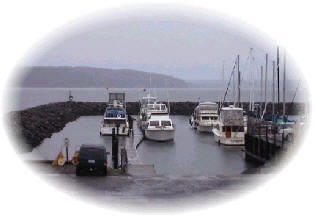 Charles E. (Mac) McCurdy and his wife Toni founded the Des Moines Yacht Club in 1957 as the Vagabond Outboard Boating Club, with eight charter members. Waterfront property, approximately 50′ X 350′ was purchased late that year providing the membership with a clubhouse, caretaker’s cottage and existing buildings. The efforts of the membership the next several years brought about many improvements including a launching ramp with a dredged channel, parking facilities and a remodeled clubhouse. The membership, recognizing the material gains and broadened interest in the boating fraternity, changed the name to the Vagabond Yacht club in 1963.

In 1970, the Des Moines Marina was constructed encompassing the club waterfront within its breakwater. Wishing to be defined geographically and oriented with the marina, the membership once again elected to change the club name to, “The Des Moines Yacht Club”. With the construction of the marina, the members fell heir to 350’ of fill, approximately doubling our property and, in turn, increasing the value of the investment. The clubhouse was doubled in size in 1975 to accommodate the rapidly expanding membership, which had grown to over 200 members.

In 1977, more pilings were installed in the marina area, allowing the club to substantially increase the club dock area. At that time, improvements were also made to the dock power, water and lighting systems. In the spring on 1978, it once again was becoming apparent that due to increases in membership, we were outgrowing our clubhouse facility. A building committee was formed for the purpose of determining whether we should remodel and expand our present facility or build a complete new clubhouse. In July of 1979, approval was given for construction of a completely new clubhouse. Also, the club membership was limited to 300 active members. The beautiful new facility was completed and dedicated in the spring of 1980.

Members of the Des Moines Yacht Club are privileged to fly its burgee, connoting many years of courteous conduct and safe boating habits. They benefit from the well-earned reputation, recognized by the boating community, both on and off the water. In addition to the fraterna1 benefits of the clubhouse and grounds for members and their friends, it boasts a launching ramp, docks, limited dry storage and moorage. Members can enjoy facilities at other yacht clubs on Puget Sound, Lake Washington, Lake Union and British Columbia.

There are approximately nine club sponsored dances and twelve cruises a year. Cruise activities are family-oriented, including children’s games, dingy races, sailing, pot lucks, softball, horseshoes, etc. As part of the annual activities, there is a Special Peoples Cruise, children’s Christmas party and lighted Boat Parade. The highlight of the land-oriented activities is the Commodore’s Ball held each year honoring the newly elected Commodore and First Mate.

The Des Moines Yacht Club participates in the Seattle Yacht Club Opening Day the club organizes and sponsors the South Sound Opening Day and annual Swap Meet. The Des Moines Yacht Club is a member of the Northwest Boating Council and Interclub Association, both of which are concerned with legislation of interest to boaters. They are members of the National Outboard Boating Council, as well as the International Power Boat Association and affiliated with the Pacific International Yachting Association.

The ladies are encouraged to join the First Mates Organization if their interests are more than water oriented. They sponsor annual events benefiting the community and the club. The First Mates also has an active organization called, “The Swabbies”, for member’s children up to age 18. Events are organized and run by the children themselves with adult supervision. These events include a sports day, dingy races, a fishing derby and game nights.

NOTE: The Club is located inside the Des Moines Marina breakwater. Caution: The water just seaward of the marina breakwater is shallow during low tide causing many groundings. Follow the channel just south of the fishing dock at the north end of the marina to enter the breakwater. Then motor south past the marina proper to the south end of the breakwater. The club’s dock and launch ramp will be to your left. By land, enter from South 227th Street through Bank of America’s west parking lot, straight past the Des Moines Drug Store, and then straight through the coded electric gate. The clubhouse and parking are to your right. The gate is usually left open during club meetings, events, etc. Otherwise, call the caretaker.